According to the Texas Comptroller’s economic outlook, Texas has emerged from the recent recession.  Leading indicators such as job growth and sales tax collections, both from business and consumer purchases, as well as automobile sales affirm the Texas economy is growing.

Since June 2009, Texas added 265,300 net jobs, out of the 722,200 nationwide, and by far outpaced every other state. New York was second with 98,200.  Another indicator that the state’s economy has been comparatively healthy was the U.S. Bureau of the Census report that Texas added more people, nearly 4.3 million, than any other state between the census counts of 2000 and 2010. 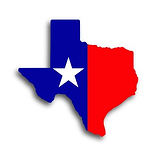 Your tax office may offer delinquent tax installment plans that may be less costly to you. You can request information about the availability of these plans from the tax office.